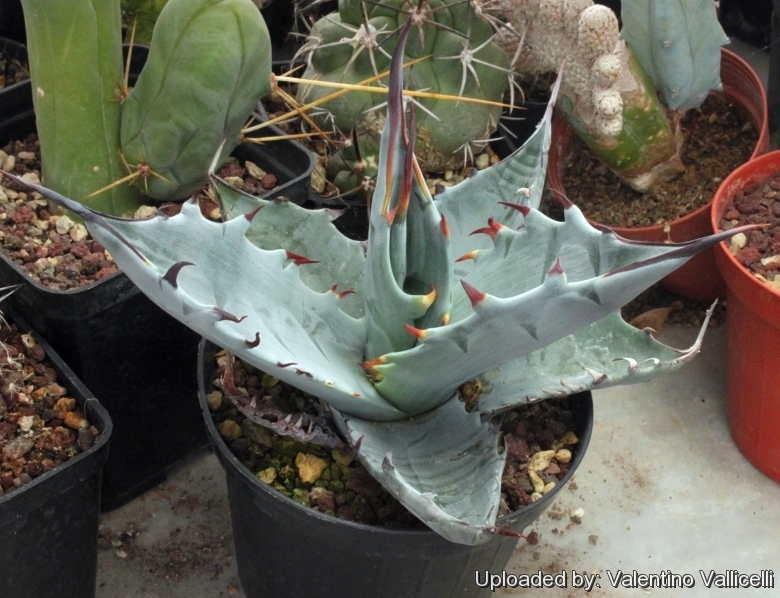 Origin and Habitat: Mexico (East side of Central Lower Califonia) Altitude from sea level to up to 1050 m. It has a wide range along the southern gulf coast broadly distributed in the Sierra de la Giganta and reaching Carmen and Danzante.
Type locality: Mesas about Comondu.
Habitat: It is most frequently found in dry, rocky, north-facing slopes. Plants from more exposed positions are typically small and often damaged.

Subspecies, varieties, forms and cultivars of plants belonging to the Agave sobria group 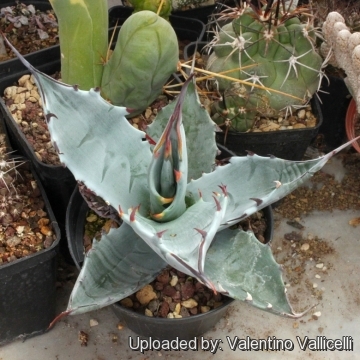 Agave sobria Photo by: Valentino Vallicelli
Send a photo of this plant.

The gallery now contains thousands of pictures, however it is possible to do even more. We are, of course, seeking photos of species not yet shown in the gallery but not only that, we are also looking for better pictures than those already present. Read More...
Cite this page: "Agave sobria" Text available under a CC-BY-SA Creative Commons Attribution License. www.llifle.com 14 Nov. 2005. 07 Aug 2022. </Encyclopedia/SUCCULENTS/Family/Agavaceae/22226/Agave_sobria>