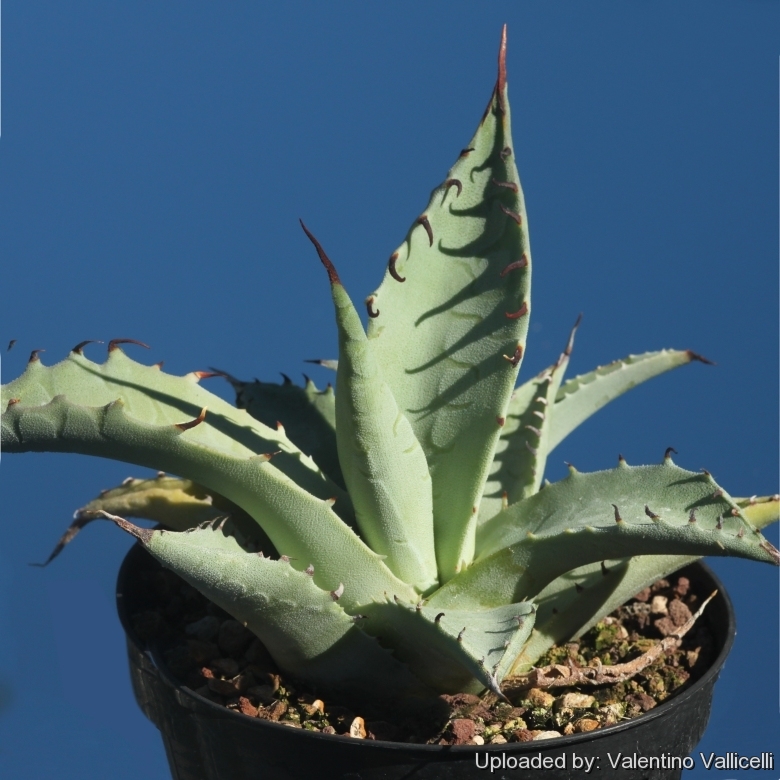 Origin and Habitat: South west USA (Texas) and Mexico
Altitude: 500-1500(-1900) m;
Habitat: The plants are very common on the plain, ridges and canyons on sandy to gravelly, over soils of sedimentary origin often calcareous in desert scrub, they spread by stolons to from impenetrable thickets where they monopolize the ground.

Subspecies, varieties, forms and cultivars of plants belonging to the Agave asperrima group

Notes: (from: Popular Science - Nov 1909 - Page 443)
The great ﬂowering shoots represents the culminating vital activity of the whole life of the plant. Slowly through the years the materials have been gathering for this particular task, and ﬁnally in a few short weeks of summer the supreme work is consummated, and the great candelabrum of branches stands forth with its hundreds of seed capsules, while the erstwhile luxuriant leaves are sere and withered, their substance, as indeed the whole life of the plant, sacriﬁced to this one supreme effort toward the propagation of its kind. When in bloom the inﬂorescence is surrounded by myriads of flies and other insects attracted by the abundant nectar which the flowers secrete. These flowers in press, if not killed, continue for days to produce the viscid sweetish fluid which the native collect and call miél or honey. When the seeds are ripe the pod splits down from above and spreads apart slightly, so that a few seeds are easily shaken out by a gust of wind. The inﬂorescence, though dead, may stand for a year or more, and the seeds that it bears may be scattered over a wide area. 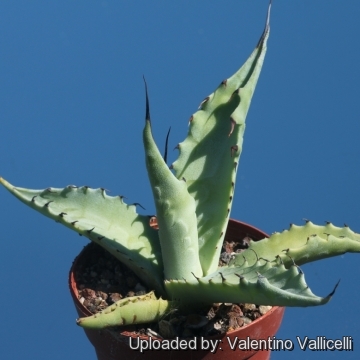 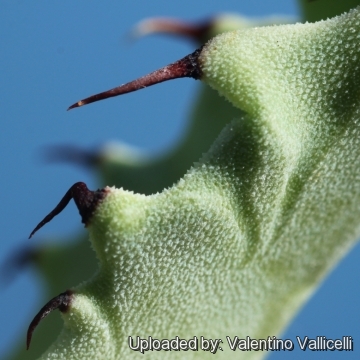 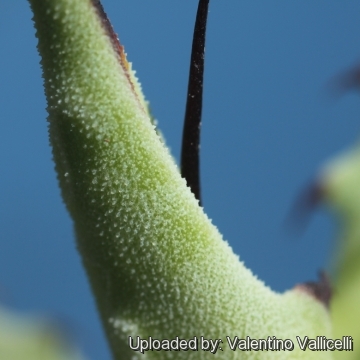 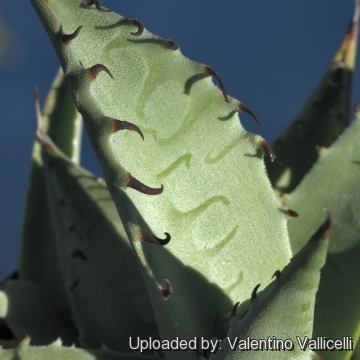 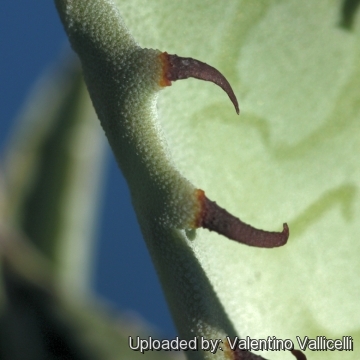 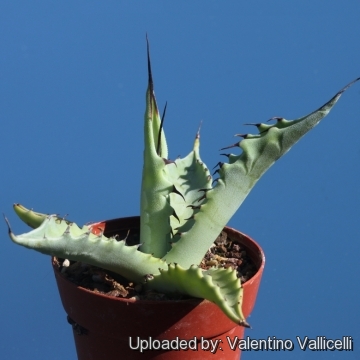 Cultivation and Propagation: They are usually cultivated outdoors in rock gardens, in cactus and succulent gardens, in Mediterranean-style landscapes, in borders, or as a specimen. Need full sun and a very well-drained, slightly acidic, sandy or gravely soil. As an ornamental it is also grown in containers where it stays much smaller than its outdoor brethren. Agave applanata is theoretically hardy to -9° C, particularly when dry and it is best to avoid severe freezing temperatures. Keep it in a cool, frost-free area in winter and put it out on the balcony or patio in summer. It grows fairly fast in summer if provided with copious water but allows to dry thoroughly before watering again. During the winter months, one should only water enough to keep the leaves from shriveling. They do well in full sun or a lightly shaded area.
Warning: It can get large, and it is armed with needle-sharp spines.
Propagation: Seeds or suckers which often are found growing around the base of the plant, Remove the basal suckers (if available) in spring or summer and let the cuttings dry for a few days before inserting in compost.
Scenography: These striking plants are wonderful when used for accent or simply to provide some all year round foliage and often used in a pot as a patio plant, can be moved around to change the scenery or position to give more shelter.
Fibres: The leaves also yield strong fibres which are suitable for making rope, matting, coarse cloth and are used for embroidery of leather in a technique known as piteado.
Traditional uses (extracted from "Popular Science" - Nov 1909 - Page 443-5): Before this plant comes into bloom the tender apex of the short stem is often used as food. Out in isolated places among the mountains one may come upon a rude circle of heavy stones bordering a shallow pit. The Mexican would say that here they were preparing "quiote" by taking the hearts of the "magueys" and roasting them in the pit. Upon further inquiry he will say that these morsels are covered with earth and stones and the fire built over them and kept for some hours. The older leaves yield a fibre for cordage, though this plant to a less degree than its larger relative, Agave americana. Many uses are found for the maguey; in fact hardly any other plant of Mexico serves the people in so many ways as this one. It provides food and drink, it yields fine strong fibres for ropes, fabrics and other articles. It has served in the manufacture of paper and enters into the construction of fences and buildings. It formerly found use in religious rites and was part of the material of weapons.
As ornamental plants the cultivated magueys are hard to beat. During its fifteen years’ or more life it produces relatively few leaves, but towards the close of its span of years one hundred or more of these may be in evidence, each somewhat narrow, six to ten feet in length and often weighing as much as 45 kilograms. Most of them are a dull dark green, some are margined with yellow or yellowish green. They are often planted as hedges or borders, and as such they are very attractive to look at.