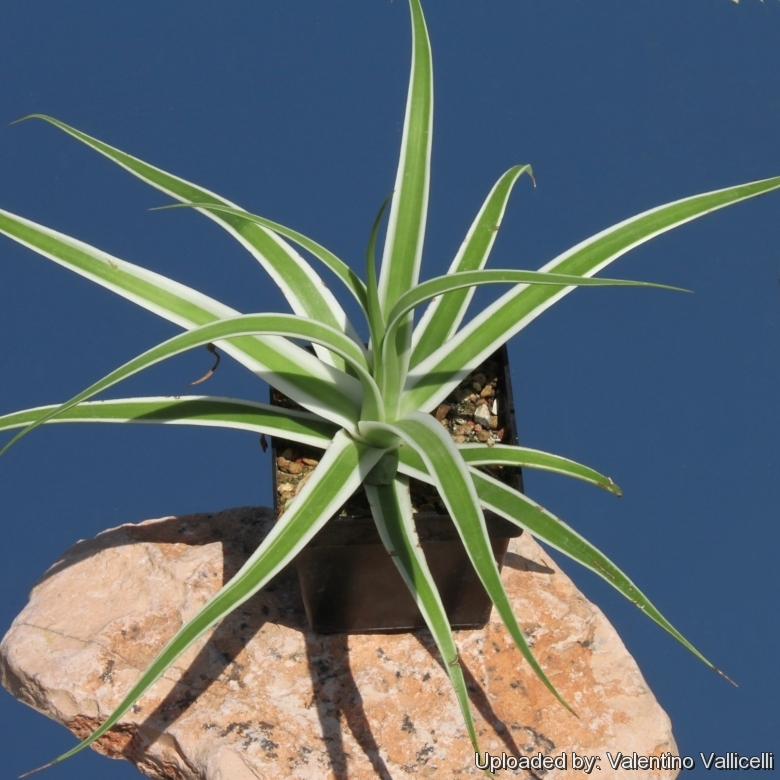 Description: The Agave bracteosa is a solitary or clumping rosette up to 45 (60) cm in diameter, It forms clusters to 1,2 m across.
Leaves: Medium green, spineless and toothless both along the edge and at the tip, smooth and soft. The They are upright and recurved above the middle (fountain like); measure up to 40 long and 3-5cm wide near the base and taper to the tip. Variegated forms occur.
Flowers: The inflorescence is a spike of creamy yellow flowers, 1.8 m tall, coming in early summer.
Remarks: The Agave bracteosa does not always die after blooming, contrarily to most other Agaves. There has been some controversy to whether this species is always monocarpic, but most of the plants with mature flowers will dye, so it appears to be at least 'mostly' monocarpic.

Notes: Remarks: The Agave bracteosa does not always die after blooming, contrarily to most other Agaves. There has been some controversy to whether this species is always monocarpic, but most of the plants with mature flowers will dye, so it appears to be at least 'mostly' monocarpic. 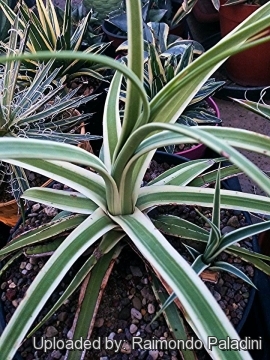 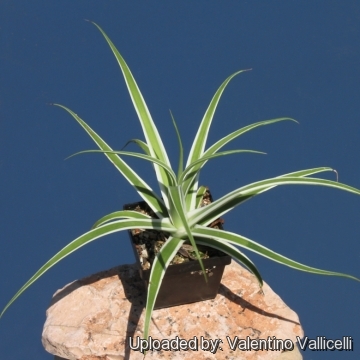 This is the variegated form of the species, with wide cream-colored margins on each leaf. (Agave bracteosa cv. Monterrey Frost) Photo by: Valentino Vallicelli 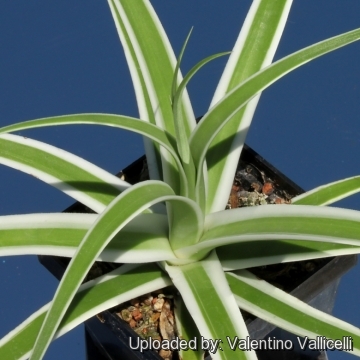 The coloration is stable, with each little pup an exact duplicate of the parent. (Agave bracteosa cv. Monterrey Frost) Photo by: Valentino Vallicelli
Send a photo of this plant.

Cultivation and Propagation: Agave bracteosa cv. Monterrey Frost is an exellent choice for growing in a container. Remains small and grows slowly, very slowly offsetting and forming a large colony of plants. A very elegant plant, this variegate deserves a special place in a semi-shady area of the rock garden, xeric garden, or even as an accent plant in the Mediterranean or tropical landscape.
Soil: As with most of the species, this one is not very particular about the type of soil it is in as long as it has good drainage.
Hardiness: It can tolerate extremes of both cold (Hardy to -8°C) and scorching heat.
Exposure: The variegated form can thrive in in half-sun, filtered-sun or deep shade and is more moisture tolerant than most agave; but, the soil must be well drained. It grows particularly well under the shade of small trees.
Water requirements: It is drought tolerant although they will respond to supplemental water and is more moisture tolerant than most agave.
Landscape value: Agave bracteosa looks great as a potted plant, and can be placed on patios, near entryways, or in other spots where the plant would be highly visible. In the ground, use this beauty under the shade of small desert trees, mix into cactus and succulent gardens.
Propagation: Suckers (This Agave offsets freely and the pups can be removed and repotted or planted elsewhere) Keep a few however, for the main plant dies when it sends up its spectacular spike of flowers. Individual specimens are particularly beautiful.