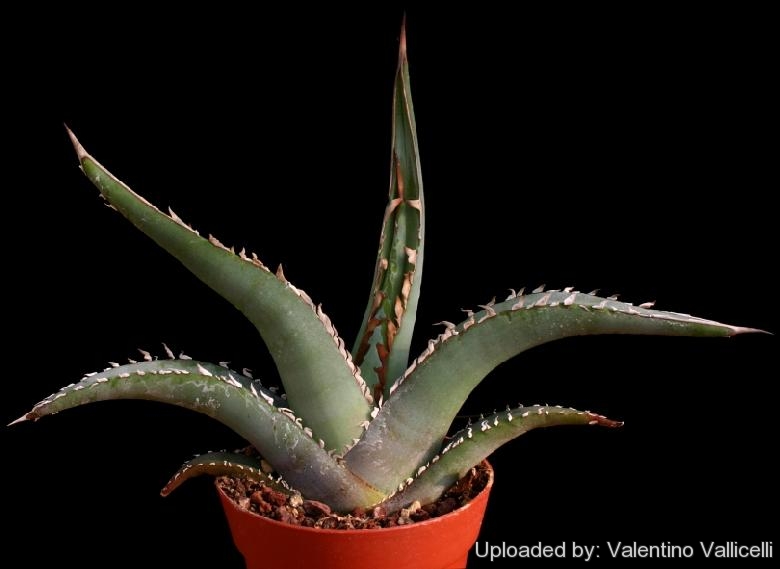 Origin and Habitat: This plant is typically found in the Tehuacán Valley, Mexico (but also reported in the states Hidalgo, Puebla, Oaxaca)
Notes: Agave peacockii is probably a natural hybrid between A. kerchovei Lem. and A. marmorata Roezl, this hybrid population grows in a semiarid ecosystem and are intermediate even though distinct from the parental species.

See all synonyms of Agave peacockii
back
Accepted name in llifle Database:
Agave peacockii Croucher
Gard. Chron. (1873) 1400. I. 283.
Synonymy: 4
back

Description: Solitary or slowly clumping succulent rosette that will grow to a height of 90-100 cm. 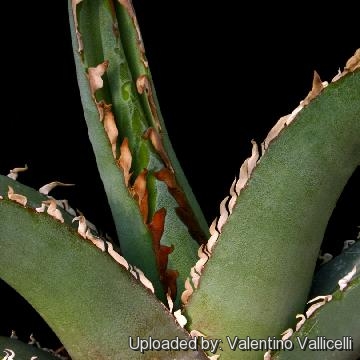 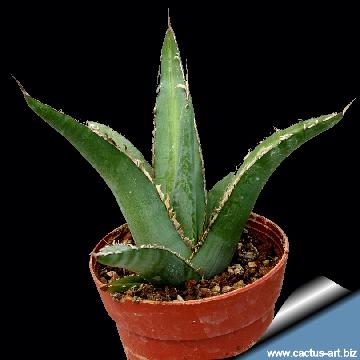 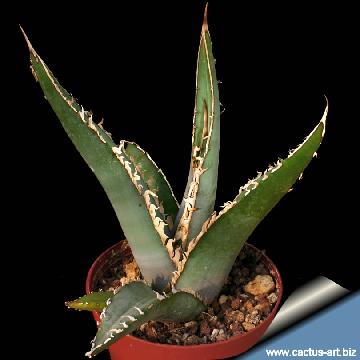 Cultivation and Propagation: This is plant is relatively slow to grow and propagate. They do well in full sun or a lightly shaded area.
In winter watering this plant can be done once every 1-2 months, there is no need to mist the leaves. Agave peacockii is theoretically hardy to -5° C , particularly when dry but tit is best to avoid severe freezing temperatures.
Propagation: Seeds or by suckers (if available) Remove the basal suckers in spring or summer and let the cuttings dry for a few days before inserting in compost.
Uses:
Scenography: These striking plants are wonderful when used for accent or simply to provide some all year round foliage and often used in a pot as a patio plant, can be moved around to change the scenery or position to give more shelter
Fibres: The leaves also yield fibres, which are suitable for making rope, matting, coarse cloth and are used for embroidery of leather in a technique known as piteado.