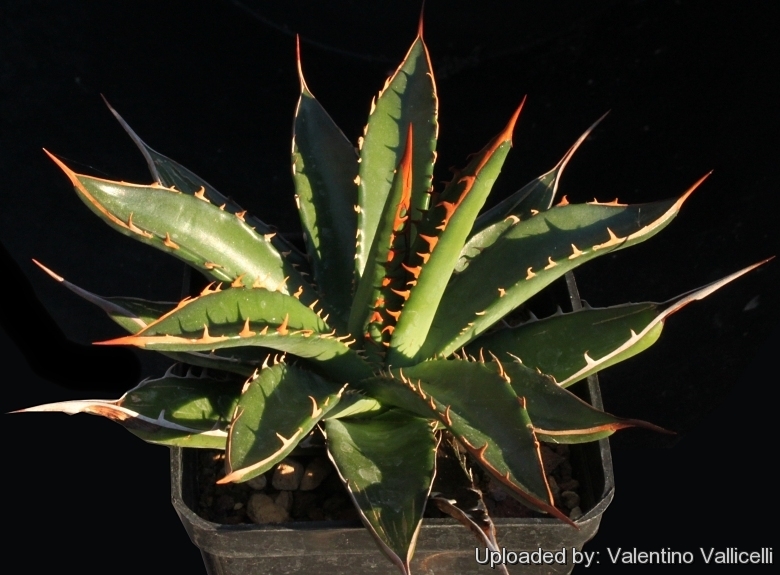 Origin and Habitat: Agave horrida subsp. perotensis is endemic to a small area between Perote in the state of Veracruz and Zacatepec just over the border with the state of Puebla. This plant grows some 50 km to the south of the habitat of Agave obscura to which it is often confused.
Type locality: Malpais 7 km N El Limon (railway station) 2400 m Veracruz, Mexico
Habitat and ecology: Grows on lava fields on rocky mountains along with Pinion trees.

Description: Agave horrida subsp. perotensis known in mexico as Mexcalmetl, is a small to medium sized Agave, with solitary and compact rosettes with many dark green leaves that have large brown spines and leaf margins on new leaves that attractively turn grey-white with age. Compared to the species, variety perotensis is a slightly bigger plant with a denser rosette to 40-60 cm tall by 90 cm across bearing more leaves that are a darker green, rigid, and strongly armed. Plant belonging to this taxon were previously misinterpreted as Agave obscura, which is a valid species that grows not far to the north of where Agave horrida var. perotensis comes from, but is quite different and distinguishable with a more open rosette of lighter green leaves with red teeth.
Derivation of specific name: This member of the Cactaceae family was given this name for the occurrence at the volcano Cofre de Perote, Veracruz.
Stem: Acaulescent.
Leaves: Pale or dark green, rigid, strongly armed. 25-40 cm long x 4-8 cm wide variably arranged, broadly linear, elliptic-lanceolate to ovate, slightly narrowed above the base. Straight or slightly curved toward the centre of the plant. Upper surface flat or slightly hollowed, lower surface convex, margins strong, corneous, uninterrupted with straight or curved marginal teeth often flexuous and slanted downward (sometime hooked), of variable size: small (3-5 mm tall) or big (10-15 mm tall) 1-3 cm apart, flattened at the base and usually grey (or reddish-brown when very young). Apical spine, conic-subulate, pungent, 2-5 cm long broadly decurrent.
Inflorescence: Blooms appear lumped together in pairs on short branches in a spiralling sequence on the upper third of a 3-5 m tall slender tapering inflorescence.
Flowers: The flowers are purple to yellowish-red or green, 35-40 mm, long. Tube shortly funnel shaped, 3-4(-5) mm long, lobes, equal, 15-16 mm long on a short peduncle. When the Agave start to flourish it is possible to observe a gradual changes in the centre of the plant, the leaves becoming smaller as did the teeth, some of which vanished completely. Once the flowering process start often the plant starts to produced offsets both at the base of and centrally within the plant.
Fruits (capsules): Elongated to ovoid, brown is 25-30 mm long and 10-14 mm wide.
Seeds: Lunate (moon shaped), 3-4 x 2.5 mm, matt black.
Remarks: Agave horrida ssp. perotensis is a subspecies of Agave horrida often incorrectly named as Agave obscura. It has green leaves with prominent, grey-white thorns along the margins and is thus easy to distinguish from the standard A. obscura that has light green leaves and reddish teeth.

Subspecies, varieties, forms and cultivars of plants belonging to the Agave horrida group 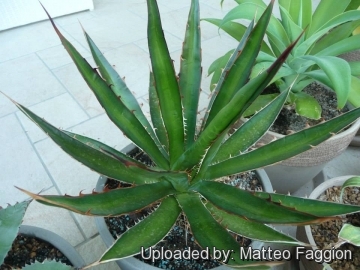 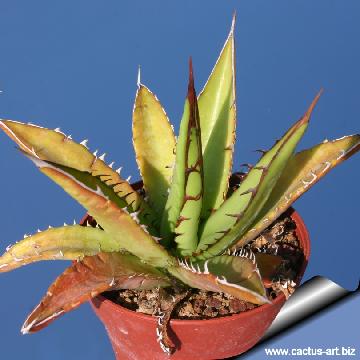 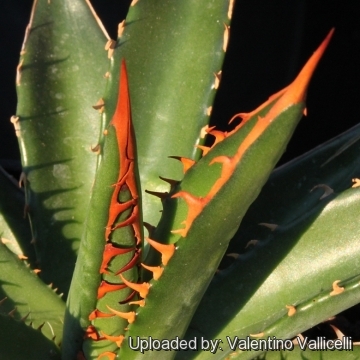 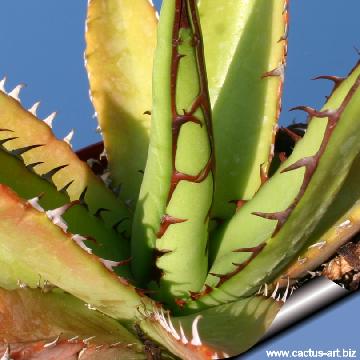 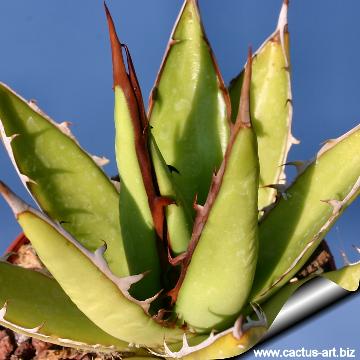 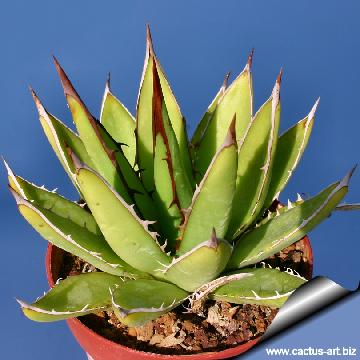 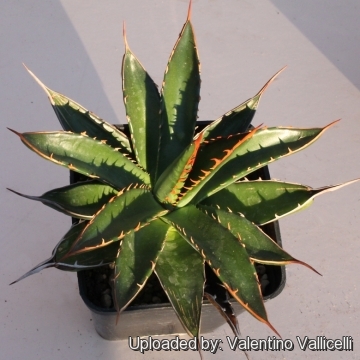 Cultivation and Propagation: Agave horrida subsp. perotensis is a small agave that is good in containers. It is a relatively easy-to-grow species and is reputedly hardier than standard Agave horrida.
Soil. It needs a very well-drained, soil.
Water requirements: It grows fairly fast in summer if provided with copious water but allows to dry thoroughly before watering again. During the winter months, one should only water enough to keep the leaves from shrivelling.
Exposure: They do well in full sun or a lightly shaded area. Plants cultivated outdoors are drought tolerant and takes blasting heat and full sun.
Hardiness: It is hardy to -7° C (or less), particularly when dry. In cultivation this species gives few problems at a lower temperature.
Landscape value: This should prove to be a great smaller agave for the garden or as a potted specimen.
Propagation: Usually by seed.