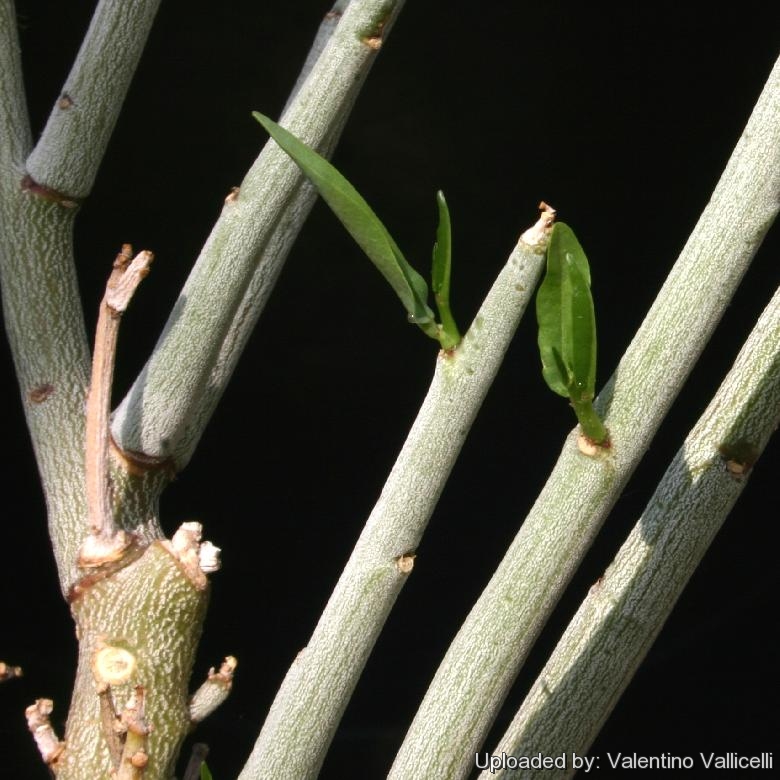 Adenia pechuelii (Syn: Echinothamnus pechuelii )
This is a Very rare and particularly beautiful caudiciform with swollen bases and short grey-green branches that make it look something like a hedgehog, it is very slow growing and long-living, some old specimen in Namib desert probably are more than 2000 years old!!!

Origin and Habitat: Adenia pechuelii is endemic to a wide band of Namibian semi desert running north from Walvis Bay to central Kunene province. There are an estimated 30–35 subpopulations with most subpopulations being described as small. Currently most subpopulations appear to be affected by overcollecting.
Habitat: The plants perches and anchors themselves in crevices in rocks and conserves moisture in their pachypodous trunks. They grow in a desert where little else can grow.

Description: It consists of a large above-ground, somewhat hemispherical caudex up to 90 cm on a tap root, the fat base is topped by eccentrically arranged, non-vining branches. This branches are gray-green, succulent and spineless and make it look something like a hedgehog or like an oddly shaped rock covered with sparse brush.
Flowers: It bears either male or female lime green flowers in summer on separate plants, but female flowers will be much more sweetly scented. It will flower for the first time at an age of over thirty. 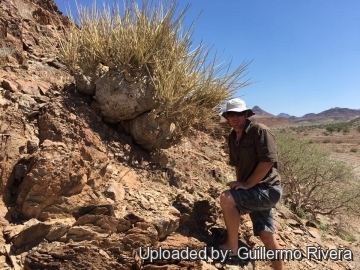 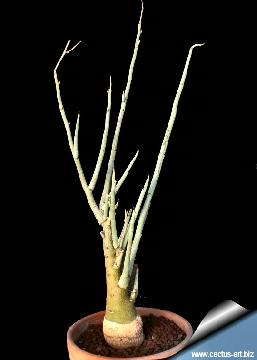 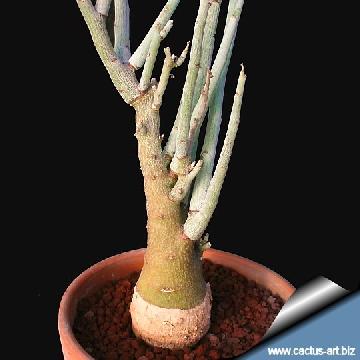 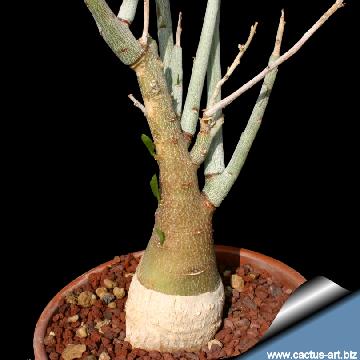 Adenia pechuelii Photo by: Cactus Art
Send a photo of this plant.

Cultivation and Propagation: A. pechuelli is a painfully slow growing species even slower growing than it’s cousins A. glauca, however it is possible to increase the speed of growth to some extent by providing adequate amount of water, warmth, and fertilizer during the active growing season, but it’s susceptible to rotting if too wet. It like pots with generous drain holes, need a very porous potting medium (add pumice, vulcanite, and perlite) seeing that the main trunk is planted with the majority of the roots below the caudex line. Its rare that it will use the upper third of its soil and often this area serves like a mulch or support for the stem. This plant has an excellent heat tolerance, and need full sun to light shade exposures, it can be grown outdoors in frost-free climates, need anyway to kept above 4°C and dry in winter
Propagation: Seeds (cuttings are possible, though they tend not to form the customary caudex. However, cuttings taken from mature plants seem to flower more and therefore provide more seed)